“Performing Bias-ectomy” is the second of four skills essential to accurate, inspiring inquiry (click here to read about all four skills) to turn purpose, facts, explanations, and listening to learn into wildly valuable outcomes. Removing bias is a mental and emotional accomplishment that enhances the accuracy and rationality of our perceptions and decision-making through avoiding cognitive biases. 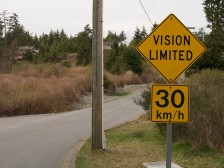 Wikipedia (https://en.wikipedia.org/wiki/List_of_cognitive_biases) describes cognitive bias as a tendency to think in certain ways that can lead to deviations from good judgment. Put differently, when confronted with a specific situation, our response deviates from what is rational or accurate due to our cognitive biases. There are many biases—Wikipedia lists over 100 that affect our decision-making, social perceptions and interactions, and memory. Many of these cognitive biases affect belief formation, business and economic decisions, and human behavior in general.

One example of cognitive bias is the bandwagon effect, which is the tendency to do/believe things because many other people do/believe the same. Another example is confirmation bias, in which people observe, interpret, and focus on events that confirm their own preconceptions.

But the news isn’t all bad—there is a useful though challenging remedy to cognitive bias: surround yourself with people who think and act very differently than you, give them a voice, and learn from the differences.